1st and 2nd CHANGE Agents Training in Paris and Amsterdam

1st and 2nd CHANGE Agents Training in Paris and Amsterdam 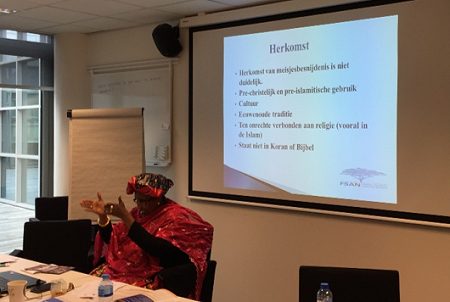 Training in Amsterdam. Foto: © FSANOn Saturday 10th and 17th of September 2016 Equipop and FSAN held their very first training to the future CHANGE Agents in Paris and Amsterdam. After a warm welcome and exchanging mutual greetings, Aurélie Desrumaux, CHANGE Plus project coordinator for Equipop in Paris, and Zahra Naleie, project coordinator for FSAN who is also leading the trainings in Amsterdam, started the session and let the Agents introduce themselves. The CHANGE Agents are men and women coming from different African countries belonging to different social and age groups. Following the “getting to know one another”, Zahra and Sohkna Fall Ba (community manager of Equipop who is leading the trainings in Paris) started presenting module 1 “Introduction to CHANGE Plus and FGM”. All the Agents were enthusiast of hearing about the project and showed sincere involvement and motivation to stop FGM. They also gave some examples of activities they would love to organize in order to reach their communities. Then they talked about their motivation to become a CHANGE Agent and challenges within this mission. After lunch the trainers introduced the topic of FGM and explained the origins of it, the different types and the risks that FGM brings to the women’s health. All the Agents were very interested and shared their experiences and opinions.

The second training, which took place on the 17th of September in Paris respectively the 1st of October in Amsterdam, focused on the issues “Gender and Women’s Rights” as well as “FGM and Legal Issues”. After welcoming everyone and summarizing the concepts discussed in the first training, Zahra Naleie introduced the four CHANGE Champions to the Agents and explained the mentoring activities of the following months. The Champions already participated in the previous CHANGE project and will support the new CHANGE Agents through sharing their experiences and accompanying their activities.

Miriam Corciulo, project worker for FSAN, started the training about Gender and Women’s Rights with an exercise, as did Sohkna Fall Ba in Paris. Later, they explained the difference between sex and gender and what gender equality is. After lunch, Sohkna and Zahra mentioned some of the most important laws internationally and nationally against FGM as well as the legal history of FGM in Europe, France and the Netherlands.

A special feature of the second training was a Skype call between FSAN and TERRE DES FEMMES, who were also holding a training session the same day. This gave all present CHANGE Agents the opportunity to introduce themselves and get to know each other. Expectations and challenges could be discussed. 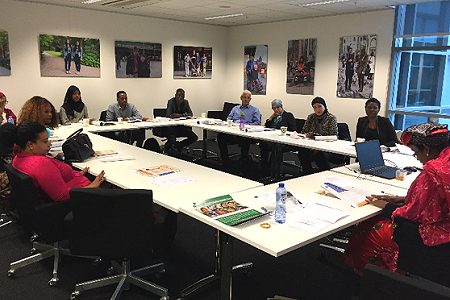 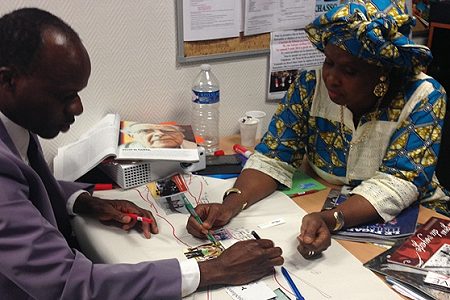 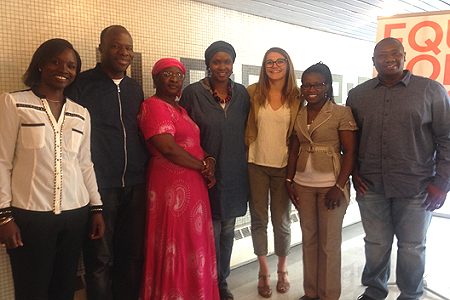 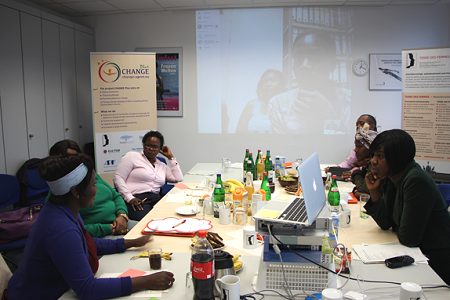