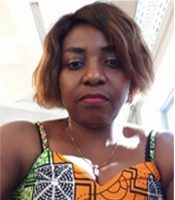 Colette Tchoumbou is born in Cameroon and moved to Germany in 1997. She studied business administration with focus on marketing in Douala (Cameroon) and food technology in Lemgo (Germany). During her studies in Lemgo, Colette was representative for the African student association of the General Students’ Committee. Currently, she is employed at Zalando Customer Care DACH. Since a few years Colette is engaged in the field of child protection, for example she worked as a caretaker in the children’s home “Saint Luc” for orphans and disabled children in Douala. Moreover Colette is currently working on a project called “parenting without circumcision” in Senegal together with the singer and activist Sister Fa.

Colette Tchoumbou: "I am supporting the CHANGE Plus project to make a contribution to the fight against FGM. I would especially like to protect children and build a foundation for a better future." 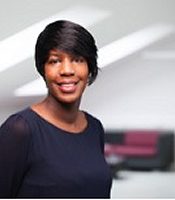 Tiranke Diallo comes from Guinea “where more than 90% of women are cut”. She lives since 30 years in Berlin where she is an active member of the Guinea Community. Since 10 years she is involved in the German association Mama Afrika and she is currently working in Human Resources. She wants to participate in the program to be able to bring a behavior change in the Guinea Community.

Tiranke Diallo: "I would like this terrible tradition to cease. My participation to CHANGE Plus might allow me to improve my knowledge about FGM and with this I hope to bring a behavior change in my community. This might be a step to ending FGM in Guinea. " 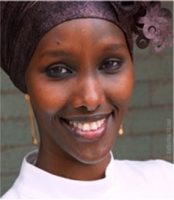 Fatuma Musa was born in 1989 in Somalia and holds a Bachelor Degree in Development Studies from Mount Kenya University. She came to Berlin in 2014. She is currently working for the Iron University and Compass Orange. During her long lasting engagement for refugees and especially children, Fatuma worked for various NGOs and projects in different countries, for instance she has been an active member of Save the children, Aid Vision and Refugio Berlin.

Fatuma Musa: "I want to take part in CHANGE Plus project for two main reasons : educate FGM practicing communities about its risks to young girls both physically and mentally. This is the first step. And I want to eradicate FGM. As woman who experienced this horrible practice, I feel it is abuse to young girls. We need child protection action or law against FGM." 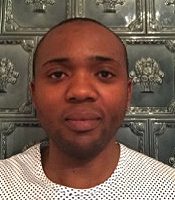 Evariste Franz Kapnang Tchaptchet was born in 1984 in Cameroon and came to Germany in 2006. Resident in Berlin he is a Change Agent for TERRE DES FEMMES. Currently he is working as a foreign language secretary and is a member of the German NGO Mama Afrika, which focuses on fighting FGM in Guinea. Evariste is an active member of the community of his wife, who comes from Guinea.

Evariste Franz Kapnang Tchaptchet: "I am supporting the CHANGE Plus project because I want to achieve a behaviour change in our community. As a father of a daughter it is even more important to me to put an end to practices like FGM and fight for a better future for our children." 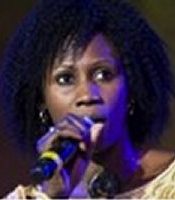 Fatou Diatta, also known as Sister Fa, is an urban Soul and HipHop singer and renowned activist against FGM from Senegal. She was born in 1982 in Dakar, Senegal and came to Germany in 2006. She took her first steps in rap music in 2000 and from then used her growing popularity and her music to progress her engagement and to create consciousness in social and political themes – focusing on women’s situation in Senegal.

During her long lasting engagement in the fight against female genital mutilation she was part of several projects of NGOs as Tostan, Orchid Project, Worldvision, in Europe and Africa. Fatou’s latest project is called Education sans Excision. One of her achievement, besides many other things, is, that her home village Thinock Essyl now officially abandoned the practice of FGM.

Fatou Diatta: "It’s our responsibility to change things, so this doesn’t happen to the next generation. No one should say: “I’m not concerned, it’s not my place, it’s not my culture.” Everyone can do something. We can do it and we’re going to do it. In the future, we are going to talk about FGM as some painful practice that happened in the past." 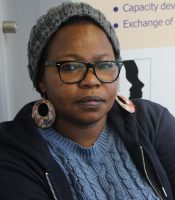 Mai Ali is born in 1984 in North Sudan, Mai came to Germany in 2012. She holds a Bachelor Degree in Computer Engineering from the Omdurman Ahlia University. She is a very active member within her community and has taken part in several trainings, such as workshops on human rights, workshop on human rights defenders, workshop for trainers on gender and women’s rights. Moreover she is the co-founder of the German FGM group „My body belongs to me“. Since 2004 she has been actively engaged in various projects on peace building, nonviolent movements and democracy. Currently she is working as a freelancer for KURVE Wustrow, which is a center for training and networking in nonviolent action. Mai acts as a CHANGE Agent for TERRE DES FEMMES. 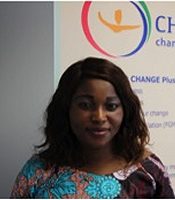 Isatou Barry is born in Gambia. There, the FGM rate is 75%. She is participating in the CHANGE Agents trainings to learn and gather as much information about FGM as possible. Finishing the trainings Isatou wants convincingly argue against the practice in her community. In her opinion, it is important that especially men get involved in the work. Isatou has been particularly active among ASSOBUL group gathering activists and members of African communities in Berlin.