CHANGE Agents in the Netherlands – FSAN 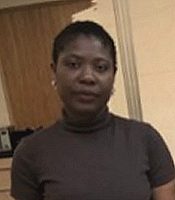 Choice Osagiede comes from Nigeria. She was born in Edo state and raised in Lagos City but has been living in the Netherlands for 16 years now. She is 33 years old and has three daughters. Choice went to high school and afterwards worked in many hotels as a room girl. Her last working place was the Hilton hotel. After getting her third child she stopped working. Choice really wants to be part of the CHANGE Plus Project as a Change Agent, because when she was younger she was also circumcised and only later realized how damaging it is.

“I want to help stopping this practice in order to protect other women from its consequences. I hope that this preventive information will spread so quick as possible in order to save the most.” 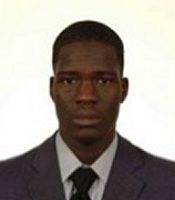 Francois Ouadeba was born in 1983 in Ouagadougou, Burkina Faso. He finished the secondary school and is working in the Netherlands in the Import-Export sector. Francois grew up in a country where grandparents and parents consider Female Genital Mutilation as a right and a cultural tradition. However he is against this practice, because in his view it has some terrible consequences and it causes several implications for the woman’s health. Due to the circumcision women lose their sexual feelings and some of them even lose their life during the cut.

“I grew up with a generation who is trying to bring a change in this tradition, by trying to change mentality first of some of our parents. This is why I am motivated to be part of the project as a Change Agent, to exchange some knowledge and experience and to share them also with others.” 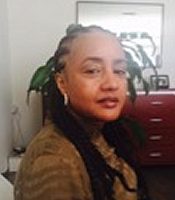 “I am circumcised and I know what it means. I want to take part in the CHANGE Plus Project as CHANGE Agent because I want to stop FGM.” 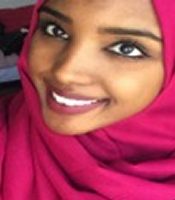 Safia Arif is 20 years old and lives in Alphen aan den Rijn where she’s at De Haagse Hogeschool, in The Hague. She’s studying social work and almost done with her pre-master. Safia is the youngest of four daughters.

“A couple of years ago I participated at the CHANGE project as Agent of Change. I learned a lot from this experience and I am very happy of having done it! I really want to continue investing in this cause because I want FGM to stop! “ 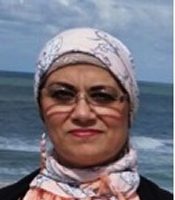 Nahed Hafez comes from Egypt and she has been living in the Netherlands since 1985. She is married to an Egyptian and they have three sons. Nahed studied accountancy but she is now a fulltime housewife. Besides, she has been doing some volunteer work for 10 years. Her task is to help foreign and Dutch women coming together. She organizes different activities in order to achieve this goal such as: painting, cooking, sporting, etc. Nahed really likes helping people. She also organizes information meetings for women about domestic violence. She is persuaded that FGM is domestic violence as well and this is why she wants to join the CHANGE Plus project.

“FGM has to stop and all the women have to take their dignity and self-confidence back!” 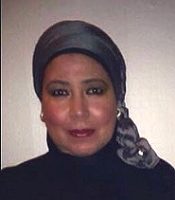 “I am very motivated to contribute to CHANGE Plus as CHANGE Agent because I know how important it is to spread information about this topic and to grow in this process in an active way. “ 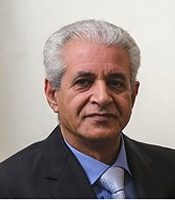 “I am strongly against FGM and this is why I wants to be involved in the CHANGE Plus project as CHANGE Agent.”

Bubakar Jalloh was born in 1982 and he comes from Sierra Leone. He has been living in the Netherlands since 1998. He works for the Ministry of Defense. His aim by joining the CHANGE Plus Project as Agent is to reach the people from his community with the message that FGM is very bad and damaging for women.