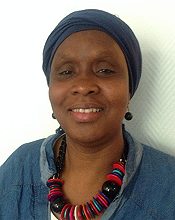 Roukiatou Sissoko. Photo: © equipop Roukiatou Sissoko is from Mali. Since 2009, she participates in Equipop’s project ‘Protecting the next generation’. Since 2004, she has been working as family and conjugal counselor. In her job, she addresses youngsters in Parisian high schools. She conducts information and prevention sessions about their sexual and affective lives. She also works with adults, particularly migrants. She organizes information and prevention meetings on parenting, contraception, menopause, sexually transmitted infections, like HIV and AIDS, and FGM in social centers. As a conjugal counselor, she conducts individual or couple interviews in order to solve problems of violence, conflicts, plus relational and sexual questions.

Roukiatou Sissoko is a major figure in her community and neighborhood. She created many professional and community associations. She is part of a large network of women in France and in Mali. 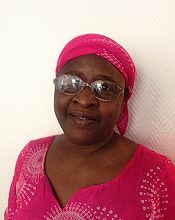 Fatima Dia. Photo: © equipopFatima Dia is Mauritanian. She has a wide experience and knowledge on FGMs and their consequences on women’s health. Fatima worked as a midwife in Mauritania from 1981 to 1990. She worked as a senior technician in Public Health in her country from 1991 to 1998. In France, she has held the positions of childcare assistant and administrative assistant in health institutions. Fatima is a mediation agent in her town of Le Blanc-Mesnil in France, in charge of insuring understanding between the inhabitants and the institutions.

She is a member of many community associations. She regularly uses social media in order to share ideas and information with her community and network. 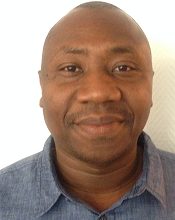 Soumaila Sissoko. Photo: © equipopSoumaïla Sissoko is from Mali. He participated in Equipop’s project ‘Protecting the next generation’ in 2015. He also participated in trainings on FGM and sensitization meetings of the Malian diaspora in France for the abandonment of excision.

Soumaïla is an activist. He is General Secretary of the Association of the natives of Mahina (Mali) in France. He is in charge of organizing meetings, searching funds to finance cultural events and helping in job search. He created a large Facebook group to gathering members of his association in Mali and in the Diaspora. He uses this group to post sensitization tools about FGM. 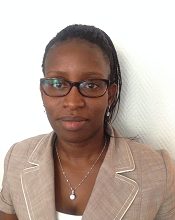 Dieynaba Ball. Photo: © equipopDieynaba Ball is from Mauritania. She graduated in private law in 2008 and in human rights and peace in 2009 in Dakar, Senegal. Also, she earned a legal assistant degree in France in 2012.

She worked in Senegal as court clerk in Dakar regional court. Since 2013, she works as an education assistant in Paris, in a professional high school.

She is involved in her community of origin as member of associations and groups. She’s been fighting against excision alone in her family for many years and is now willing to join a broad action aimed at the abandonment of excision. 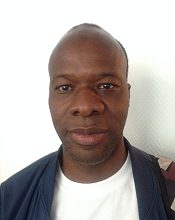 Djiguiba Danfakha. Photo: © equipopDjiguiba Danfakha is from Senegal. He works as a cook in France since 2002. He is involved in many migrants’ rights and community associations. He is president of an association called «CSP75D», which helps illegal immigrants in the Paris region.

Besides, he is General Secretary of the Association of natives of Kedougou, Senegal. He is also committed in the council of the 15th district of Paris. He addresses a large number of persons with his social commitments. 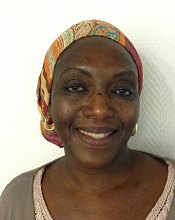 Aissata Ndiaye. Photo: © equipopAïssata Ndiaye originate from Senegal. After graduating in History and Geography in Dakar, she studied secreterial work. She has been a volunteer in Paris in a social organization proposing ethnopsychiatric consultations, and prevention of chronic and sexually transmitted deseases.

Since 2012, she is working as an educator in an educational boarding school in Paris. Aïssata has always been motivated by projects aiming at liberating and empowering women.