Involving Men in the Fight to End FGM: An Ice Breaker Activity

Involving Men in the Fight to End FGM: An Ice Breaker Activity 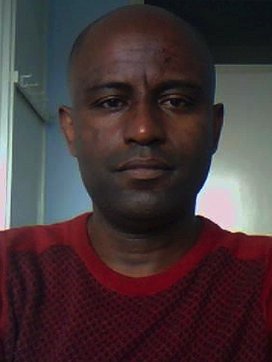 I initiated and led a talk about traditional practices in Ethiopia, asking my participants to share their ideas on various aspects of the topic. Questions for brainstorming were

Almost always FGM is mentioned (‘Girzat’ – the local term for FGM), demonstrating that people do identify it as a harmful practice. Following a general discussion about harmful traditional practices and reasons why they think they continue, the stage is set for a more focused conversation on my main topic/agenda FGM.

As a second activity, I facilitated another discussion with Ethiopian men and posed the following brainstorming questions.

It is plainly evident from participants’ responses that their knowledge about FGM (what it is, how it is done, and the three major types) is sketchy and leaves a lot to be desired. All of them reported that it is the cutting of the clitoris of girls and that the most serious effect is the pain caused during the cutting. Most believed the effect ends there. The most important reason advanced by participants is controlling girls’ sexual feelings based on the belief that, if uncircumcised, they will act sexually wild and will be lustful. A couple of men cited religious and cultural reasons making FGM mandatory for the girl child so that she will be a respected member of the community later in her adult life.

I was hoping to

I planned to reach a traditionally hard-to-reach group of Ethiopian men. Although initial immediate responses when I first contacted them signalled disinterest, they reacted very positively in the two activities designed and implemented. For most of them thiswas the first time in their lives to engage in any serious conversations on the topic. They reported that, after the activities, they are now better informed about FGM. I did encounter some problems as I chose to address a group traditionally hard to reach. Manifestly, the first problem is to find participants. In the process I learned some useful lessons by making contact with certain key people and, for future activities, I now have enough networks to allow drawing participants from a wider pool.