Men’s evening in the Cameroonian Community

Men’s evening in the Cameroonian Community 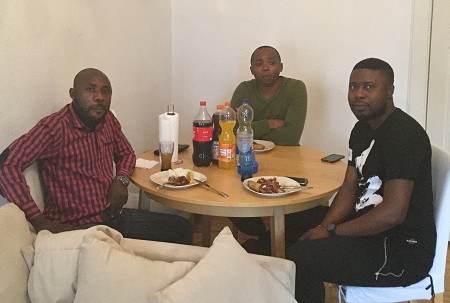 Photo: © TERRE DES FEMMESOn September 16th 2017, our Change Agent Evariste Franz Kapnang organised his last community activity towards overcoming Female Genital Mutilation in the Cameroonian community. This time he invited only men to introduce the topic of FGM and to get in a discussion and exchange experiences and ideas. There was a very fruitful exchange. They discussed all the topics related to FGM and afterwards the men showed great interest in engaging in the fight against FGM and offered their support to Evariste. Trough Evaristes BCA we possibly won two new supporters, who are willing to exchange ideas with us.

TERRE DES FEMMES has trained six Change Agents from african communities in Berlin as part of the project Change Plus. In order to overcome female genital mutilation, it is a matter of whether African communities are ready for change. The CHANGE Agents act as multipliers in their own communities and try to generate a Change – they raise awareness of the legal, cultural, religious, social and health dimensions of FGM and thus promote a change in behaviour.

We would like to thank Evariste for his commitment.