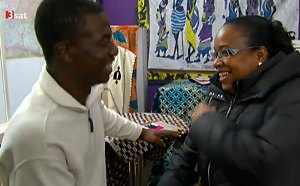 Scene from the video.At the end of last year, the German television network 3sat aired a documentary about the work of the CHANGE Project in which the cultural programme “nano” visited Plan International in Hamburg. In the focus of their short, six-minutes broadcast are two of Plan’s CHANGE agents, Marie-Christine and Morou. nano gives you a small insight on the engagement of the agents for CHANGE and talks with them about the challenges they face, their experiences and the difficulties they tackle on their way to end female genital mutilation.

Crucial issues are touched such as how the practice of FGM is still widespread in some communities in Europe, regardless of the religious background of those communities. Marie-Christine and Morou emphasise how important it is to be sensitive, patient and persistent and that it will take time and more people who are committed to become a CHANGE agent in order to make a change happen.  Additionally, they highlight the importance of passing on information to affected groups and of gaining men’s support - such as Morou’s - for the fight against FGM. In the clip, you will also see how Plan (representative for all our CHANGE partners) assists their agents in juridical, medical and psychological questions and matters and thus, supports the endeavour to end FGM. 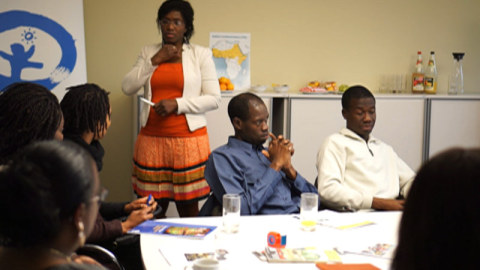 Please click on the picture or follow this link, so you can watch online nano’s coverage in German language:
http://www.3sat.de/page/?source=/nano/gesellschaft/167644/index.html