Project "CHANGE - Active against Female Genital Mutilation (FGM)”: The first milestone of the CHANGE-project was jointly achieved in four European countries. Multiplier trainings to support the abolishment of FGM are carried out in Germany, Netherlands, Sweden and the United Kingdom

Thousands  girls and young women with a migration background are threatened by genital mutilation within the EU. With the help of trained Change Agents the extremly harmful practice shall be eliminated from the communities. Over 50 active members from respective high risk-prone communities were selected and are trained as multipliers. They will carry out actions and events within their community towards ending Female Genital Mutilation. Through education and dialogue about risks and effects behavior change will be promoted and thus the protection of the girls secured.

This first training of community-multipliers was held on 5th and 12th October 2013 by the four European partners of TERRE DES FEMMES: Federation of the Somali Association (FSAN) in the Netherlands, the Foundation for Women's Health Research and Development (FORWARD) in the UK, the National Association for Ending Female Genital Mutilation (RISK) in Sweden and Plan International (Plan) in Germany. Further trainings will be held on 2nd and 9th November 2013 in Hamburg, Amsterdam, Uppsala and London.

Change Agents will carry out actions and events in their own communities after their participation in these workshops. The first training focused on FGM in general and on legal frame conditions in Europe and Africa. The training sessions in Novenver 2013 deal with aspects of Sexual Health and Rights and on choice and consent.

For further information   please contact the project coordinator at TERRE DES FEMMES, Katharina Kuss, Tel. +49-304050469926, email: This email address is being protected from spambots. You need JavaScript enabled to view it. 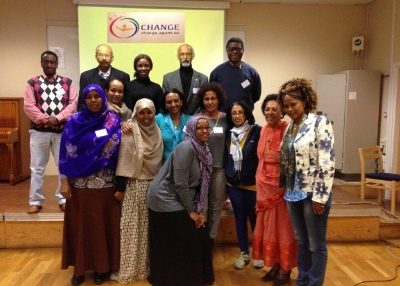 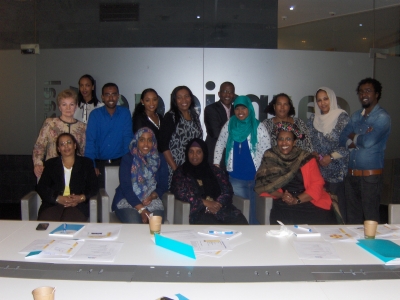 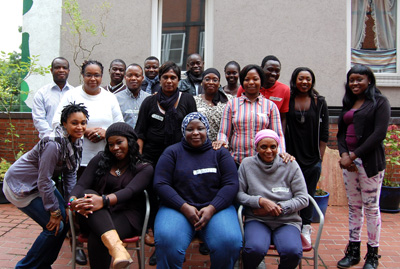