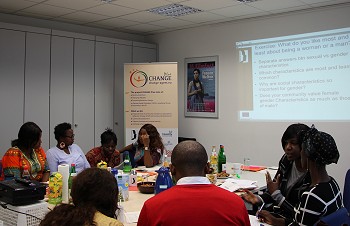 CHANGE Agent Training in Berlin. Photo: © TERRE DES FEMMESIn the course of the CHANGE Plus project, which is co-funded by the EU, TERRE DES FEMMES and APF are organizing trainings to educate CHANGE Agents. After finishing the training the CHANGE Agents work as ambassadors of behavioral changes in their own communities. In total, 48 CHANGE Agents will be trained in Germany, the Netherlands, Portugal and France. The second session dealt with the concept of Gender as well as legal dimensions of FGM. 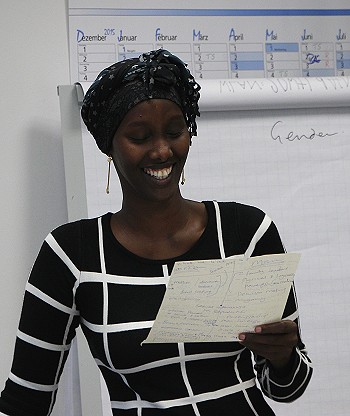 Fadhumo Musa at the CHANGE Agent Training in Berlin. Photo: © TERRE DES FEMMESOn Saturday 17th 2016 the second out of eight trainings took place at TERRE DES FEMMES’ headquarter in Berlin. After a short introduction from Idah Nabateregga, Community Manager, the group focused on the issue „Gender and Women’s Rights“ which led to lively discussions.

After a lunch break, Idah Nabateregga was explaining legal issues within Europe. A special focus was set on Germany. The participants were doing different exercises concerning the topic.

That Female Genital Mutilation is coming stronger in the focus of attention, is shown by the fact that the CHANGE Agent training of TERRE DES FEMMES was accompanied for 1,5 hours by a television crew of RTL 2. They were doing two interviews, one with Idah Nabateregga and one with Fatou Diatta (Sister Fa), as well as filming the training. 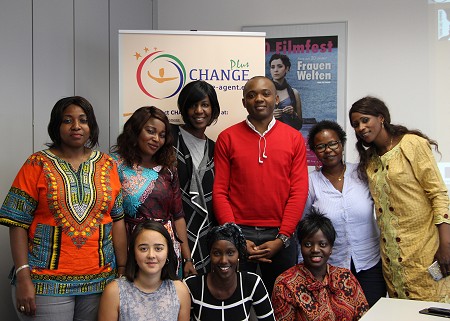 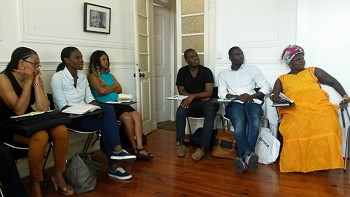 CHANGE Agent Training in Lisbon. Photo: © AFPAlso on Saturday 17th 2016, the second training session of CHANGE Agents was held at APF’s office. Charlotte Weil, CHANGE Plus project coordinator at TDF, visited the project partner APF in Lisbon on 16th and 17th of September. Duarte Vilar, APF’s project coordinator for CHANGE Plus, as well as community trainer Sónia Duarte Lopes and financial manager Rita Barros warmly welcomed Charlotte and presented her APF’s office and the whole team. The visit provided the opportunity to discuss recent project activities as well as organizational and financial issues.

On Saturday, an external expert, Catarina Moreira from the feminist organization UMAR, trained the Portuguese CHANGE Agents on the issues of Gender and legal dimensions of FGM. She founded the organization UMAR, which is working in the fields of women’s rights with a main focus on FGM, and she is strongly committed to the fight against FGM and an expert in Gender issues.

All twelve CHANGE Agents were attendant. Mostly they come originally from Guinea-Bissau, which is the largest African community in Portugal.

The CHANGE Agent Filomena Djassi founded a Guinean women’s organization, called MUSQUEBA, which aims at empowering women from their community. She says: “I am participating at the CHANGE Plus project because we need more knowledge on the issue of FGM. Knowledge means empowerment and our organization is fighting for women’s rights!”

Cadidjatu Suncar Baldé, who is also a member of MUSQUEBA, adds: “FGM is meant to oppress women. But we want to be free from oppression. Women are equal to men and we want to have the same rights and the same opportunities.”

The visit at APF was an important experience for both organizations, as it strengthened the relationship between the project partners and provided room for evaluation and exchange. 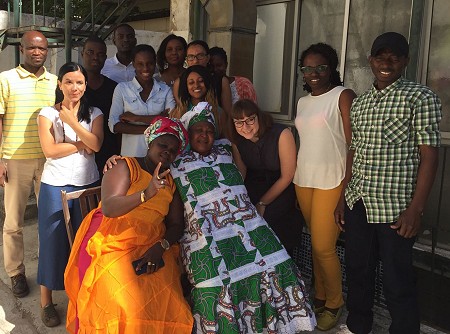